The Natural History of the Farm 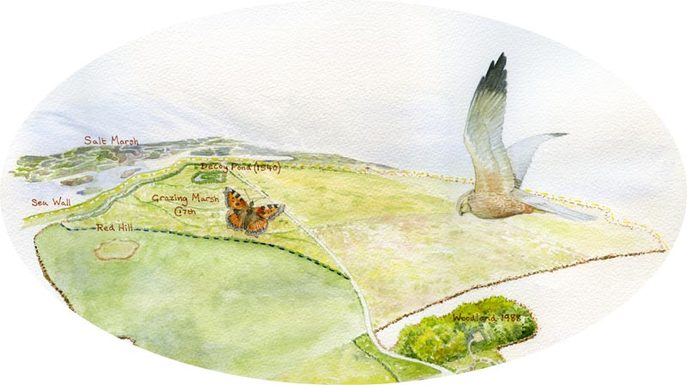 Work first began on the sea wall surrounding the peninsular some five hundred years ago.  Progress was slow and it wasn't until the mid 1600's that the sea defence was sufficient to start the gradual natural drainage of inland fields.  As the salt water leaves the soil, the plants adapt to more freshwater conditions and the field retains the undulating profile of the salt marsh giving it the romantic name of a 'Sea Meadow'.  By the seventeenth century the Grazing Marsh field was sufficiently dry to excavate the Gore Decoy Pond, which was worked until the mid nineteenth century, catching migrating ducks.

The whole peninsular and salt marsh at Lauriston Farm is designated as a Site of Special Scientific Interest (SSSI).  To maintain the rare plant species found in the fields we graze with both rare breed sheep and cattle at a low density and ensure the water levels in the fields rise and fall annually.  In addition, the whole peninsular is certified biodynamic organic so no chemicals are used in the fields and this benefits wildlife.  The work is financially assisted by Natural England.
_ 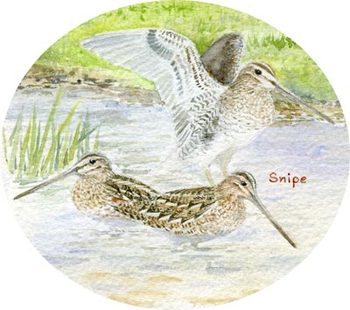 The Grazing Marsh field provides excellent habitat for ground nesting birds such as Snipe, Lapwing, Redshank and Curlew.  It also suits Marsh Harriers, Reed Warblers and various duck species.  In addition, many insect and mammal species make the field their home and the borrow dyke supports water vole.  All these species and the various rare plant species are listed in the designation document for the Blackwater Estuary SSSI.